There can be no doubt that Spectrum has become a nemesis for our great club. On repeated occasions the Black Fish have failed to take advantage of the fact that the Spectrum 'players' are fat, old, crippled, possibly retarded, and have no talent. Time and again this fine sporting organisation has found new ways to suffer excruciating losses to this pack of old garden gnomes.

And this week was no exception.

The details are simply too painful to record. Despite starting the game with five strapping young men full of vigour and youthful exuberance, the unfortunate Fish completed the match with only three bedraggled (and yet lion-hearted) despondent men, while the seething Noutz and Whittle looked on helplessly, still cursing their inexplicable foul count.

The Black Fish were again the moral victors, but sadly slipped to a heart-breaking defeat, 24-31. Expect them to be up and about for their big round 8 clash with the slug.
Posted by BF00 at 3:00 PM No comments:

The Black Fish took advantage of the opportunity to recover from niggling injuries, although it should be noted that the more industrious members of the team spent their week off making new Black Fish.
Posted by BF00 at 2:56 PM No comments:

This has little (if any) relevance to the Black Fish, but have you ever seen a dog as feral as this? 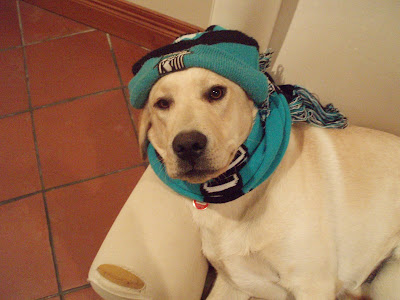 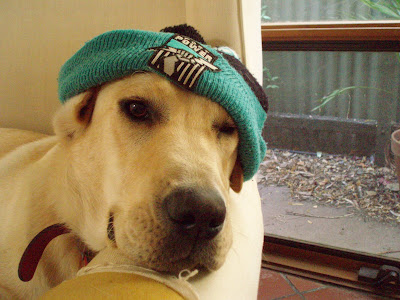 Round 5: BF v East All Stars

After a season-long hiatus from their long history of simmering mutual dislike, the mighty Fish this week resumed hostilities with the repugnant East All Stars. A large contingent of fit players allowed the Fish to rest veterans Weeks, R and Rodgers, N in the lead-up to the first bye of the season. Rajapaksa tried to coax his timid ankle ligaments out from under the couch, only to see them scurry back, yelping wildly, at the first sign of daylight. Fear not, faithful fans, for they will return in two short weeks.

In brief, the game was a reprise of most of our other games against this mob: they jumped us early, we struggled with the demands of a full-court mosquito-onslaught, they became shorter, more irritating and more simian as the game progressed, and eventually a stirring, all-guts revival by the glorious Fish, inspired by a resurgent Foreman, was not quite enough to prevent a sad defeat 38-52.

Sadly, the unequalled defensive intensity from Nissen and Noutz, which, while denying the opposition numerous scoring opportunities, and resulting in 5 fouls each, handed precisely zero season-ending injuries to the little chimps. There's always next time, boys.

And so the the Fish head into the bye with their season on the line, but filled with a surfeit of Black Fish spirit.

And finally, we must acknowledge the temporary departure of BF 'Supporter of the Year 2006', and, numerically, the highest scorer in Black Fish history, the incomparable Ly, H, as she takes a hiatus in order to create new (and hopefully more skilful) Black Fish. 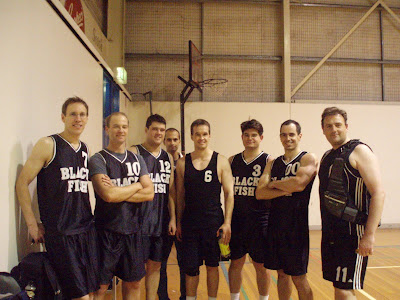 In a stunning first for the Black Fish, 10 Fish presented for duty in the wee small hours of May 3, 2007, 9 of whom had sufficiently heterosexual ankle ligaments in order to play. BF10 was so keen that he forsook his adopted western European nation and scrambled home in time to hit the pine with his comrades.

A fundamentally unattractive spectacle was rendered memorable by the exceptionally tight finish that saw the mighty Fish romp home by one point, 30-29.

With so many players present to bear witness to the event, it is only fitting that each player present his one-line summary of the game (in numerical order):

BF03 - "A narrow victory, despite modest disorganisation through a superfluity of players, but a victory nonetheless"

BF07 - "A masterclass of unprecedented interchange rotation and tempo basketball saw the Fish cruise to a 1 point victory over Homebrand, giving their season some much needed momentum."

BF10 - "This week's game saw one of the most remarkable sporting comebacks in basketball history since the LA Lakers win in the 2000 Western Conference finals, with the Black Fish dominating all over the court after initially giving away an 8 point start, they secured a season-defining one-point victory thanks to outstanding contributions from all 9 BF members, leaving the homo-boys gobsmacked"

BF11 -
"Never before has the fish been so black

tremble motherfuckers the blackfish are here to play

what? i violate your personal space? Well deal with it"

BF17 - "The school of fish schooled the homobranders"