Black Fish Cycling at the 2013 Tour Down Under: a view from the sidelines

Black Fish Cycling has much in common with Team Katusha: 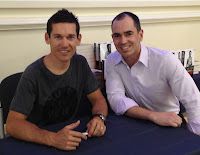 1. Both teams have enjoyed brief flirtations with Robbie McEwen 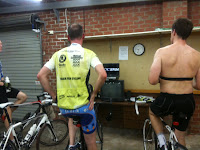 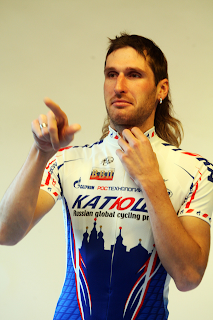 3. Both have a lot of love for the great Vladimir "Shag Pile" Karpets

4. Both have been excluded from UCI World Tour status in 2013 due to concerns about their drug policies.


And it is for this reason that the mighty Black Fish elite quintet was ineligible to compete as professionals at this year's TDU.

But never fear, dear reader, your heroes were still an integral part of the TDU, as the following pictorial essay will demonstrate:

As the excitement built in the Tour Village in the lead-up to Stage 1, countless other members of the professional peloton visited the Black Fish trade display to lend moral support: 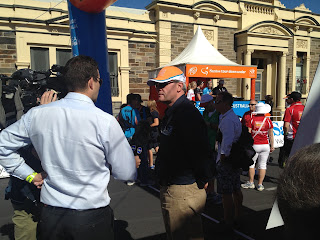 Even at the start line for Stage 1, as BF00 tearfully looked at the blank Black Fish column on the sign-in board and hurled invective at a clearly unimpressed Mike Turtur, other pro riders continued to offer support to the embattled local team: 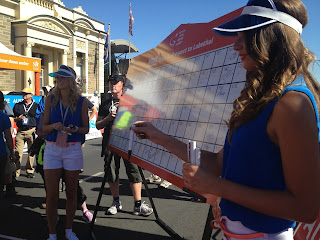 Stage 3 began in leafy cosmopolitan Unley, where the previous night the elite Black Fish squad had dined in luxurious circumstances while the mob were forced to mill around outside, sustained only by the hors d'oeuvres of pitiful street vendors and plastic cups of crisp sauvignon blanc. Soon, anger at the UCI's exclusion of the Black Fish began to build. Thousands of oppressed Hyde Park folk, no longer able to bear life's inequities, began to pour out of 'Carla Zampatti' and 'Steven ter Horst Chocolatier' to vent their rage. Blind in their fury, the mob began to chant at UCI President Pat McQuaid in awkward Year 10 Walford school French, oblivious to his Irishness:

In a surprise twist, German sprinting ace Andre Greipel, who dropped out of French classes after the 8th grade, believed that the lusty crowd was baying for him to strike a sexy pose: 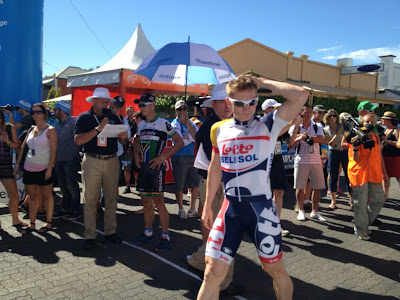 Fortunately, this was enough to settle the crowd. But media interest in the Black Fish story, already high as a result of the feature in the renowned Eastern Courier, continued to grow:


Sadly, McQuaid stood firm and the Black Fish were unable to compete as professionals in this year's tour. But fans were thrilled when the squad elected to ride with the common man in the Bupa Challenge Tour before Stage 4 of the TDU. A full report of this great day for cycling fans will follow. But for now, the Fish must begin to place their professional hopes in the next generation:

It was a special moment earlier this week when the legendary Black Fish foundation member took time out from his busy training schedule to pose for a photograph with long-time fan, world road race champion Philippe Gilbert: 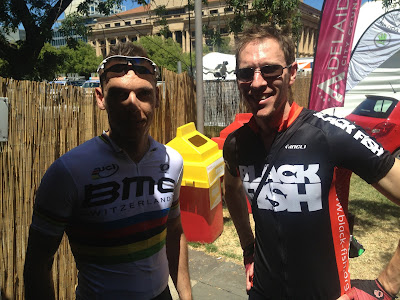 But in a shocking twist, our investigative reporters have discovered evidence that these two great riders have met on at least one occasion in the past. Perhaps it will take a Truth & Reconciliation Commission before the true story is revealed. 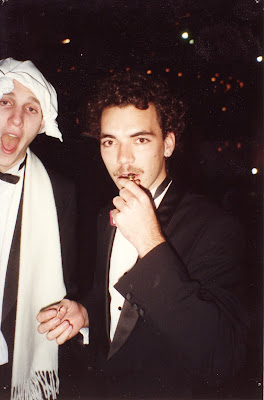 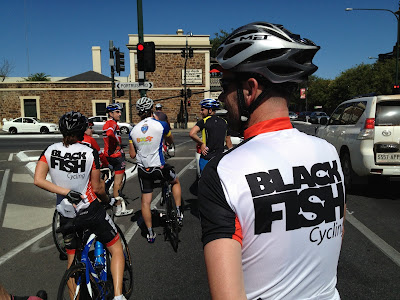 In this, the second installment of an infrequent series aimed at Black Fish historians, we wish to pre-empt anything former BF supporter Lance Armstrong might say to BF nemesis Oprah Winfrey tomorrow and unequivocally declare that at no time has any Black Fish athlete used, ingested, inhaled, injected or purchased any form of banned substance. 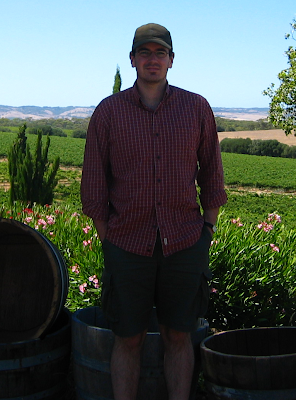 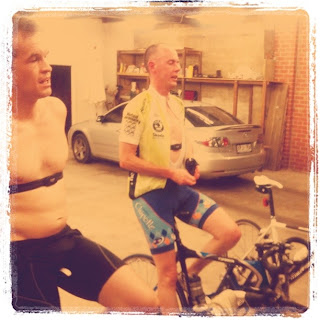 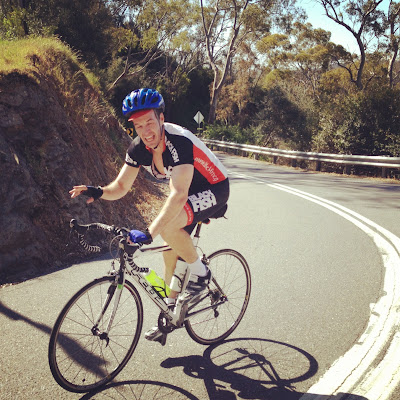 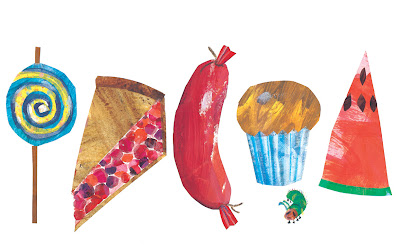 While we at BF headquarters assume that most humans have black-fish.org set as their homepage, it is interesting to see the spike in page views that occurred as a result of the Black Fish feature in the January 9 edition of that giant of publishing, the Eastern Courier:


Although we have now returned to our baseline rate of page views, we know the world remains hungry for Black Fish news, especially in the lead-up to the 2013 Tour Down Under. No doubt Oprah will be hoping (in vain, presumably) for a similar spike when she interviews disgraced former Black Fish supporter Lance Armstrong later this week. But as she well knows, it's not news until it appears in the Eastern Courier.
Posted by BF00 at 4:16 PM No comments: 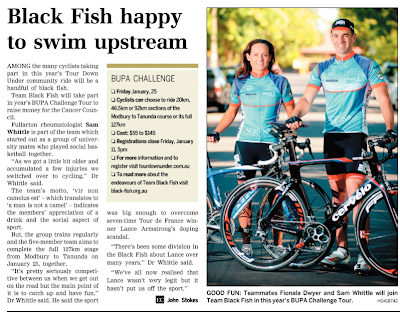 Loyal readers will have noticed the relative paucity of posts in recent months. Of course, there can only be one explanation - the mighty Black Fish have spent the entire off-season deep within the pain cave, in preparation for an unparalleled 2013 campaign. Media interest is already building*, and the BF fan base can barely wait to see their heroes back on the road. Expect more excitement on the blog this year, too (if we can convince Stuey O'Grady to become the full-time club mascot).