In accordance with the long-standing exchange programme between the Black Fish and the Boston Celtics, 2006 BF Player of the Year Whittle (S) was invited to attend the highly-anticipated clash between the new-look Celtics and the Allen Iverson-led Denver Nuggets at Boston Garden on November 7. 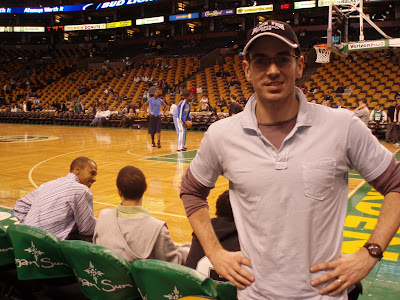 BF00 at the Celtics bench

The Celtics, clearly inspired by the presence of BF00, jumped out to an early lead and never looked back. Captain Paul Pierce dominated the first half but it was the sheer class of Kevin Garnett and the hustle of cult-hero Brian Scalabrine that resulted in a thumping 119-93 victory to the Celtics.

The Celtics, who now lead the Eastern Conference with a 5-0 record, attribute their stunning rise from bottom of the Atlantic conference last season to the inspirational form of the Black Fish, who also sit atop the league with a 6-1 record.

Negotiations are now in place to recruit some of the Celtics Cheerleaders to bolster the support at Marden Garden. 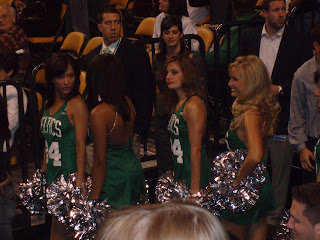