Hot on the heels of the rumoured defection of Robbie McEwen from GreenEDGE to Black Fish, more members of the professional peloton have begun making furtive approaches to Black Fish management.

Thanks, Jensie, but we already have an Andy Schleck on our team. 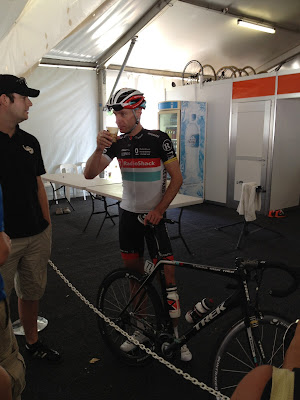 Later, the world's greatest lead-out man, Mark Renshaw, was desperate to be photographed with the team he covets most. Tellingly, and in a major disappointment for Renshaw, the man he hopes to lead out in future,  star Black Fish sprinter BF00, refused the demands of the paparazzi to be photographed together. 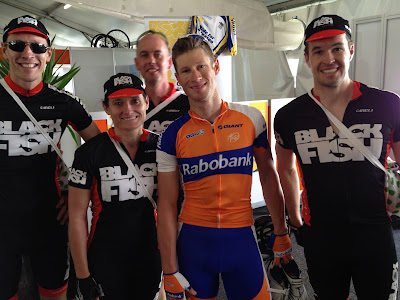 Remember, professionals, it takes more than an implausibly-high VO2 Max to become a Black Fish.
Posted by BF00 at 12:36 PM